Sale: Answering the Myths on the Bible Version Debate

There are numerous myths in the Bible version debate, and detractors use these myths to overthrow the faith of the weak or unsteady. Good literature can strengthen and aid the believer to be ready to withstand the wiles of the devil as he wars against God's holy book.

Answering the Myths on the Bible Version Debate answers 30 of the most popular of these myths, including the following:

“King James Onlyism” was invented by a Seventh-day Adventist; there are no doctrinal differences between the modern versions and the KJV;

Fundamentalists did not defend the KJV before the 1970s; the KJV been updated in thousands of places;

King James I was a homosexual; the KJV translators said all versions are good; the King James Bible is too difficult to understand;

the difference between the Greek Received Text and the Westcott-Hort text is small and insignificant;

Westcott and Hort were theologically sound;

Erasmus promised to insert the Johannine Comma if a Greek manuscript was produced and challenged Edward Lee to find a manuscript that included this passage;

it is wrong to paint the entire field of modern textual criticism with the brush of skepticism, seeing that there are also Bible-believing men such as A.T. Robinson and B.B. Warfield in this arena;

it doesn't matter if the influential names in modern textual criticism are skeptics; the New King James Bible is merely an update of the King James;

the New American Standard Version is basically the same as the King James except for updated language;

the New International Version is a conservative evangelical translation that should be respected. 233 pages.

WHY DOES GOD ALLOW SUFFERING?

Many wonder why God allows suffering and catastrophes.

To answer this we would say, first, that the trouble in this world is man’s fault, not God’s. When God made man in the beginning, there was no suffering. God made a perfect world for man to live in and provided for man’s every need. God placed the first man and woman in a paradise called the Garden of Eden and gave them only one commandment. But they were not satisfied with God’s provision and they disobeyed God’s commandment and fell into sin. As a result, the world became a place of evil and suffering. This is man’s fault. It is men that lie and cheat and steal and rape and kidnap and bully and kill.
Read more »
Posted by dede wijaya at 4:25 PM No comments:

WHAT DO I DO WITH A CHILD OUTSIDE MY HOME?

These messages may be copied in their entirety to help Christians in the rearing of their children for God, strengthening their family, and their marriage. They are not to be changed in any manner or to be sold. This header must be on any copy. If you have any questions, please feel free to contact the author.

I have given this article quite a bit of consideration and prayer, and it is my prayer that it will be a help to many. My wife, Kim and I have had the opportunity to have For The Love Of The Family meetings in many different churches. Some churches are smaller churches and some are larger churches. However, one theme that comes up in every meeting is, “Pastor, I do not understand why my child who grew up in this church, went to this Christian school, or was home schooled etc. does not want to live for God?” They are living a horrible sinful and in many cases a wicked life. They are doing damage to themselves and others. The parent is distraught and many times is weeping as to what went wrong. Then other people will come up and say, “I now understand what happened, why did I not hear this before now?”
Read more »
Posted by dede wijaya at 4:22 PM No comments:

A WARNING ABOUT SEVENTH-DAY ADVENTISM

Di Indonesia dikenal dengan Masehi Advent Hari ke-tujuh (Gereja Advent-red). This report is excerpted from AVOIDING THE SNARE OF SEVENTH-DAY ADVENTISM. This book has been called the best on the subject by the editor of The Baptist Challenge. Now it has been throughly updated and enlarged. It is diligently researched from official publications of the Seventh-day Adventist organization and proves conclusively that the Seventh-day Adventist gospel is false. The book begins with a chapter entitled “Adventists Wanted Me to Revise This Book,” describing a deceptive attempt by Seventh-day Adventists to have me change the book. The major divisions of the book are: “Adventist History Proves It is Heretical” and “Adventist Doctrine Proves It Is Heretical.” The book analyzes Adventist doctrines such as Sabbath-keeping, Soul-sleep, Annihilation of the wicked, Ellen White as a Prophetess, Investigative Judgment, Misuse of the Mosaic Law, and Vegetarianism. The chapter “Why Some Have Considered Seventh-day Adventism Evangelical" analyzes Walter Martin’s (author of Kingdom of the Cults) faulty view of Adventism. The book includes selections from D.M. Canright’s 1898 book Seventh-day Adventism Renounced. Canright was an early leader in Adventism who left and became a Baptist pastor. Third edition updated and enlarged September 2008. 206 pages, 5 X 8”, perfect bound, $8.95.

The Seventh-day Adventist denomination was established in 1860 in America. “Seventh-day” refers to sabbath worship. “Adventist” refers to their belief that God raised them up to announce the coming of the Lord. They have 15 million members worldwide in 61,000 churches, and they are working in 203 countries.
Read more »
Posted by dede wijaya at 4:15 PM No comments:

From Atheism to Christ: A Doctor's Testimony

I was born in a small country in South America, although my grandparents were from somewhere in the Indian Subcontinent. I often attended a Lutheran Church with my mother when I was a child. My parents divorced when I was eleven years old, and my mother, two brothers, and I, immigrated to Canada when I was fourteen years old.
Read more »
Posted by dede wijaya at 4:09 PM No comments:

The Character and Philosophy of Rock Music

When I was converted in 1973 from a life of foolish rebellion, one of the first things the Lord dealt with me about was my music. I began listening to rock in 1959 and had lived and breathed it for many years. I started on 50s rock and country rock-a-billy and journeyed through 60s rock and part way through 70s rock before I was saved. When the Beatles appeared on the Ed Sullivan Show, I was in the 9th grade. The year I graduated from high school was “the summer of love.” When I was drafted into the Army two years later, the Woodstock movie was sweeping the land. During the year and a half I spent in Vietnam, I was stationed at Tan Son Nhut Airbase outside of Saigon. I was a clerk in a military police unit attached to MACV headquarters, the control center for the entire South Vietnam U.S. military operation. We lived at the R&R out-processing center, and the unit’s job was to keep drugs from leaving the country on soldiers bound for R&R and in personnel containers being shipped to the States.
Read more »
Posted by dede wijaya at 4:06 PM No comments:

Posted by dede wijaya at 7:24 PM No comments: 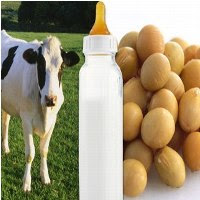