﻿1 My Redeemer Lives
Incredible video about the relationship between a father and son....and God's relationship with us.
2 Flash Mob Sings Hallelujah Chorus in Food Court
At noon on November 13, 2010 unsuspecting shoppers got a surprise while enjoying their lunch. A flash mob singing the Hallelujah Chorus!
3 The Story of Jonah as Told by the Cutest Little Girl
This delightful little girl will bring a smile to your face as she tells the most enchanting, fascinating and educational story of Jonah ever told!

5 Amazing Prayer from a Little Girl
Adorable little Hannah lifts up an anointed prayer that is sure to inspire.

6 Dog Saying Grace
This dog is named Djaingo. He is saying his morning prayers before breakfast.

8 Never Give Up in Life!
An incredibly inspiring video about the love of a Father and the pain of a son.

9 Before I Eat
Beloved Christian Comedian Anita Renfroe parodies Carrie Underwood's video for those who may need to reconsider that next trip to the fridge.

10 Lifehouse Everything Drama
This shows us that no matter what we go through HE is ALWAYS there for us! A very powerful video! I LOVE IT!!!
Posted by dede wijaya at 4:20 PM No comments:

Isis, Horus and the Madonna

The following is from The Religion of Ancient Egypt by William Flinders Petrie, Edwards Professor of Egyptology, University College, London (1906):

Isis became attached at a very early time to the Osiris worship; and appears in later myths as the sister and wife of Osiris. ... The union of Horus with the myth, and the establishment of Isis as the mother goddess, was the main mod of her importance in late times. Isis as the nursing mother is seldom shown until the twenty-sixth dynasty; then the type continually became more popular, until it outgrew all other religions of the country. In Roman times the mother Isis not only received the devotion of all Egypt, but her worship spread rapidly abroad, like that of Mithra. It became the popular devotion of Italy; and, after a change of name due to the growth of Christianity, she has continued to receive the adoration of a large part of Europe down to the present day as the Madonna. ...

Horus became identified with the sun-god, and hence came the winged solar disk as the emblem of Horus of Edfu ... the infant Horus with his finger to his lips was the most popular form of all, sometimes alone, sometimes on his mother’s lap. ... From the twenty-sixth dynasty down to late Roman times the infant Horus, or the young boy, was the most prominent subject on the temples, and the commonest figure in the homes of the people ...

Isis and Horus, the Queen of Heaven and the Holy Child, became the popular deities of the later age of Egypt, and their figures far outnumber those of all other gods. Horus in every form of infancy was the loved bambino of the Egyptian women. Again Horus appears carried on the arm of his mother in a form which is indistinguishable from that adopted by Christianity soon after.

We see, then, throughout the Roman world the popular worship of the Queen of Heaven, Mater Dolorosa, Mother of God, patroness of sailors, and her infant son Horus the child, the benefactor of men, who took captive all the powers of evil. And this worship spread and increased in Egypt and elsewhere until the growing power of Christianity compelled a change. The old worship continued; for the Syrian maid became transformed into an entirely different figure, Queen of Heaven, Mother of God, patroness of sailors, occupying the position and attributes already belonging to the world-wide goddess; and the Divine Teacher, the Man of Sorrows, became transformed into the entirely different figure of the Potent Child. Isis and Horus still ruled the affections and worship of Europe with a change of names.
Posted by dede wijaya at 10:28 PM No comments:

TEACHING CHILDREN TO HAVE A DAILY BIBLE READING TIME

The following is excerpted from Keeping the Kids, which is available from Way of Life Literature:

One of the most important things that parents can do for their children it to help them develop a habit of daily Bible study. Though I grew up in church, I do not remember any instruction or challenge whatsoever about this.

It is by the Word of God that the young person can cleanse his way in this wicked world (Psalm 119:9). It must get down into the heart and soul and thus permeate the individual’s life, and this will not happen unless reading, study, memorization, and meditation become a daily practice.

We know that reading the Bible alone will not produce salvation and sanctification; it must be received and obeyed. But we also know that salvation and sanctification will not happen apart from the Word of God, because “faith cometh by hearing, and hearing by the word of God” (Romans 10:17).
Read more »
Posted by dede wijaya at 2:58 PM No comments:

Theological Modernism Disproven But Not Dead

Since the nineteenth century, multitudes of people have assumed that the Bible has been discredited by modern science and by the “higher criticism” of theological modernism.

In his biography of Charles Darwin, Jacques Barzun repeats this myth,

“The cosmogony of Genesis was swamped under an avalanche of contrary geological facts” (Darwin, Marx, Wagner, p. 66).

Yet countless people have given up their faith in the Bible because they ASSUMED that it was discredited.

Charles Templeton is an example. He was once the preaching partner of Billy Graham, but he became an atheist after being convinced that science had discredited the Bible. He wrote the following to Graham, 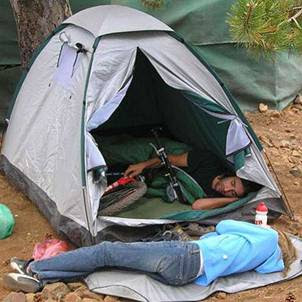 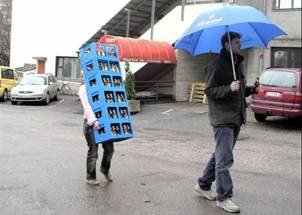 Read more »
Posted by dede wijaya at 1:54 PM No comments:

Staking Eternity on a Wispy Hypothesis

“It is no light matter to impeach the veracity of the Scriptures in order to accept, not a truth--not even a theory--but a mere hypothesis” (In His Image, 1922, p. 94).

Bryan was right, and nearly a century later, evolution remains “a mere hypothesis.”

The outcome of a murder trial requires evidence “beyond a reasonable doubt,” because so much is at stake, and we should require no less on the issue of creation vs. evolution, which potentially has eternal consequences.

The Bible claims to be the revelation of God to man. It claims to reveal God, man’s beginning and fall, the way of salvation, and the future. If the Bible is true, there is a heaven and a hell, man will live forever in one place or another, and salvation is only through personal faith in Jesus Christ.
Read more »
Posted by dede wijaya at 1:41 PM 1 comment:

One of the most widely used icons of evolution is Lucy, the name given to a fossilized ape of the australopithecine class that is supposed to be millions of years old and is alleged to be a missing link between apes and man.
The actual fossils were shown at the Lucy Legacy exhibit in Seattle, which I visited in March 2009. They announced this as “the key piece in evolution’s puzzle.” What they did not say is that the supposed indisputable evidence that this fossil is “proto-human” is non-existent.

Lucy was a tiny creature standing about 43 inches high. The skeleton itself is less than 40% complete and is entirely missing the foot bones, though other bones representing Australopithecus exist.

The bones were found in 1974 in northern Ethiopia by Donald Johanson and his colleagues. The first bone discovered was a knee joint, which Johanson first considered to be that of a monkey, but upon further consideration announced that it was that of a hominid. “He thereupon declared on the spot that he had discovered a three million year old human ancestor” (Gish, Evolution: The Fossils Still Say No, p. 241).
Read more »
Posted by dede wijaya at 2:56 PM No comments:

The Church Fathers: A Door to Rome

The Catholic apologetic ministries use the “church fathers” to prove that Rome’s doctrines go back to the earliest centuries. In the book Born Fundamentalist, Born Again Catholic, David Currie continually uses the church fathers to support his position. He says, “The other group of authors whom Evangelicals should read ... is the early Fathers of the Church” (p. 4).

The contemplative prayer movement is built on this same weak foundation. The late Robert Webber, a Wheaton College professor who was one of the chief proponents of this back to the “church fathers” movement, said:

“The early Fathers can bring us back to what is common and help us get behind our various traditions ... Here is where our unity lies. ... evangelicals need to go beyond talk about the unity of the church to experience it through an attitude of acceptance of the whole church and an entrance into dialogue with the Orthodox, Catholic, and other Protestant bodies” (Ancient-Future Faith, 1999, p. 89).
Read more »
Posted by dede wijaya at 10:35 PM No comments:

In the article “In Essentials Unity,” December 7, 2010, I made the following statement:

I have been challenged on this, as the Capitol Hill Baptist Church’s web site only lists its affiliation with the Southern Baptist Convention.

While Capitol Hill Baptist Church is not a member of the American Baptist Church directly, it is definitely partnered with the ABC, as well as the very liberal Baptist World Alliance and the Cooperative Baptist Fellowship, by dint of its membership in the District of Columbia Baptist Convention.

For documentation of this see http://dcbaptist.org under “DCBC Directory of Churches” and “Partner Organizations.”
Read more »
Posted by dede wijaya at 2:49 PM No comments:

THE CHURCH OF THE HOLY SEPULCHRE

“For the time will come when they will not endure sound doctrine; but after their own lusts shall they heap to themselves teachers, having itching ears; And they shall turn away their ears from the truth, and shall be turned unto fables” (2 Timothy 4:3-4).

On a trip to Israel in April of this year, we saw the fulfillment of these prophecies throughout Israel.


The Story of the King James Bible

Posted by dede wijaya at 5:14 PM No comments:

Read more »
Posted by dede wijaya at 2:42 PM No comments:

Read more »
Posted by dede wijaya at 2:58 PM No comments:

In the book Money for Nothing: One Man’s Journey through the Dark Side of Lottery Millions, Edward Ugle says the “broke or financially troubled lottery winners are the rule.”

In fact, the consequences of winning the lottery are often more frightful than mere financial trouble. 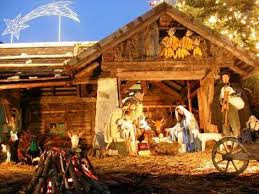 Read more »
Posted by dede wijaya at 1:27 AM No comments:

A LIMITED MESSAGE OR A LIMITED FELLOWSHIP

[Note from Brother Cloud: The following is by the late Pastor David Nettleton and was published in the 1960s by the General Association of Regular Baptist Churches (GARBC). The GARBC once practiced biblical separation and gave clear warnings against New Evangelical compromise, and they published many helpful materials such as the following. Sadly, this is no longer true, and many good churches and pastors have left the GARBC in recent decades because of its slide away from Scriptural separation.]

"Wherefore I take you to record this day, that I am pure from the blood of all men. For I have not shunned to declare unto you all the counsel of God." Acts 20:26-27
Read more »
Posted by dede wijaya at 2:55 PM No comments: